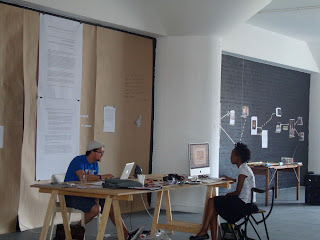 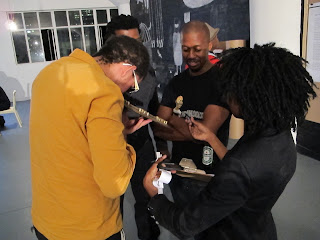 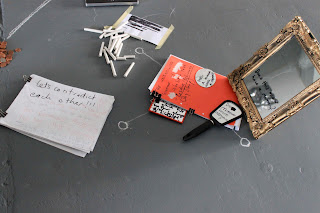 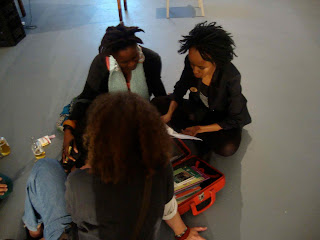 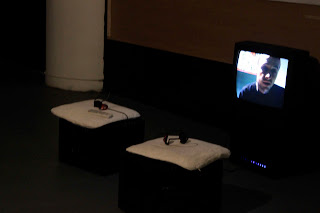 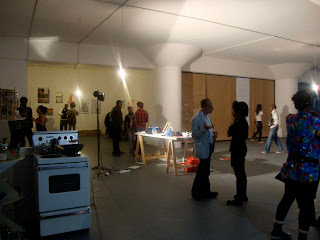 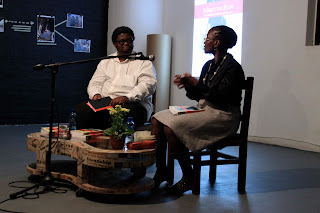 Xenoglossy is an alleged or rare condition of speaking or writing in a language entirely unknown to the speaker, a condition that is either disputed or explained through another contested phenomenon of reincarnation.

Xenoglossia is a research project exploring how language has played a central role in some of the gravest historical misunderstandings that have been reincarnated in recent history. It will consider events such as t...he 1976 Soweto student uprisings, a historical protest against Afrikaans as a language of instruction in schools. It will look at the derogatory ‘words’ such as “kwerekwere,” a word which attempts to mimic a sound of an unrecognized language and one in which these misunderstandings can best be located within a South African context. Xenoglossia will also go as far as considering Caliban’s retort to Prospero and Miranda in William Shakespeare’s The Tempest (1610-11): ‘You taught me your language and my profit on’t is I know how to curse,’ a slogan which has come to be used as a tool of cultural resistance and described by Bill Ashcroft as “an evocative model of the post-colonial subject…”

A six-month curatorial research project by the Center for Historical Reenactments (CHR), Xenoglossia comprises of a research team of curators, writers and artists. The research team will work at compiling information on existing historical and contemporary examples in which linguistic proximity and distance has informed attitudes to concepts of strangeness, sameness, difference and otherness.

During the next six months the CHR project space will be activated with more questions than answers. Some of these questions will no doubt be risky and thus need to be mediated creatively and sensitively. Following are some of the questions the research team will consider as they construct an interactive program and a proposal for a future exhibition project based on the research findings:

• How has the manipulation of language historically constructed narrowed concepts of identity, difference and otherness?

• How can Ernestine White’s work and statement I do Not Speak Xhosa (2002) exist alongside Brett Murray’s work, the mantra I Must Learn to Speak Xhosa (2000)? What codes are embedded within these two positions and what do these works reveal about post-apartheid tensions and emotional sites of cultural identities?

• Does Malden Stilinović’s statement and work An Artist Who Cannot Speak English is No Artist (1992) help highlight the fact that the global art world we so often refer to cannot handle a truly multi-cultural world?

• How can context and language construct both memory and meaning, can meaning be constructed without definition?

The project will launch with The Unknowing Grammar of Inhabiting a Text, a performance by Donna Kukama and Kemang Wa Lehulere as well as a display of referential materials from selected artists and writers. Throughout the six-months, CHR will host a series of discussions, screenings, performances, and commission a public artwork to be unveiled in May 2011.
Posted by Center for Historical Reenactments at 1:42 PM No comments:

Center for Historical Reenactments
The Center for Historical Reenactment (CHR) is a Johannesburg based independent platform. CHR sets to look at history to investigate how, within a particular historical hegemony, certain values have been created, promoted and subsequently sublated into a broader universal discourse. No doubt, historical constructions play essential, almost central roles in the formation of the apparatus and what has been taken for granted as a given in the dominant world order. Therefore within the scope of emancipatory artistic productions, historical reenactments can, and do play a significant role. CHR explores how artistic production helps us to deconstruct particular readings of history and how historical context informs artistic creation, both which become central questions. How art can help us reinterpret history and its contextual implications and how it can add and suggest different historical readings and help in the formation of new subjectivities.